Trixton to Stand Stud at Winbak Ontario in 2021

Mike Gulotta of Deo Volente Farms and and Joe Thomson of Winbak Farms are pleased to announce that Trixton, the 2014 Hambletonian Champion, will stand stud at Winbak Canada in Ontario for the 2021 breeding season.

Joe Thomson, owner of Winbak farm said, “We are very happy and extremely excited to have the opportunity to stand a stallion of Trixton’s caliber here at Winbak Farm. He will be able to take full advantage of our revitalized program here in Ontario.  The timing could not be better, as Trixton had 6 of his offspring race in the Breeders Crown Finals just last week.”

“Trixton is an extremely attractive value proposition, especially when you consider how well his offspring have been doing so far in 2020.  Think about this: Cuatro De Julio would have equaled Walner’s world record had it not been broken two races prior.  And his fillies have continued to be superb.  I am confident that Trixton will be a top stallion and back on everyone’s radar in short order. ” said Mr. Gulotta CEO of Deo Volente Farms.

When asked how he felt about Trixton being moved to Ontario, Jimmy Takter said, “History will show that Trixton will be recognized as one of the best stallions ever. He will dominate the North American market.” 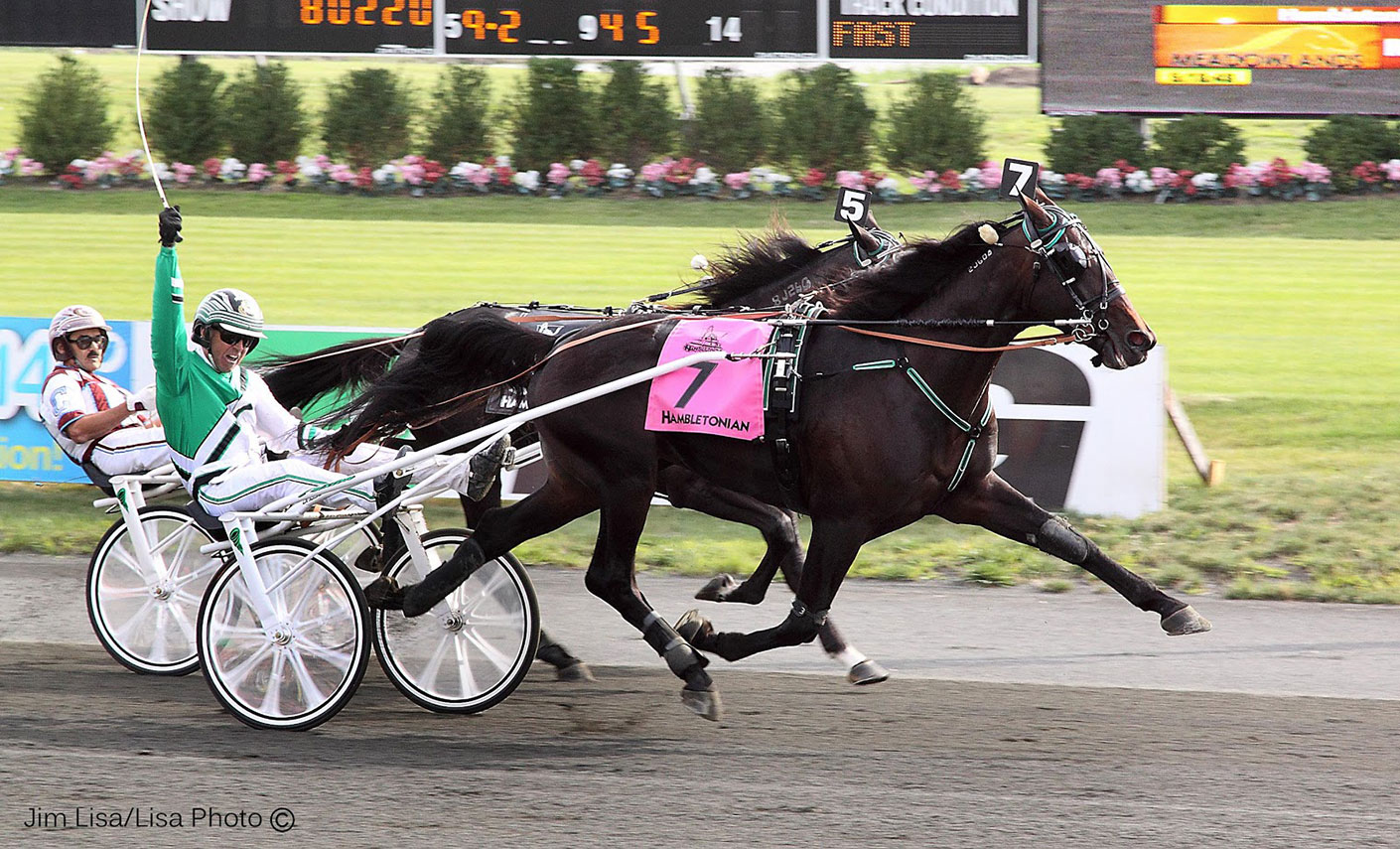 Trixton is by Muscle Hill who is considered to be the greatest trotting colt of the generation and in turn a son of Muscles Yankee who was responsible for consecutive Hambletonian winners Deweycheatumnhowe, (2008) Muscle Hill (2009) and Muscle Massive (2010). Muscles Yankee in turn is the foremost son of foundation sire Valley Victory.

Trixton’s dam Emilie Cas El was a 2-year-old trotting champion of the year and is a full sister to three leading contemporary trotting sires in Andover Hall, Angus Hall and Conway Hall. The next dam is Amour Angus arguably the leading trotting broodmare of this generation.

Trixton will stand for a fee of $7,500US in 2021. Deo Volente Farms will continue to be the Syndicate Manager and handle all bookings for Trixton.   Please contact Linda Petrenko at 908-782-4848, email linda@deovolentefarms.com, or through the website www.deovolentefarms.com.