A multiple Stakes Winner at 2, the precocious Lazarus N flashed his brilliance as a juvenile winning 6 times from 8 starts, pacing the fastest 2 year old mile ever down under in 1:52.4 with a final quarter 25.1.

Bred on Australasia’s golden cross, being by breed-defining stallion Bettor’s Delight out of a Christian Cullen mare, Lazarus has eight crosses to Meadow Skipper in his five generation pedigree similar to Sweet Lou, McWicked, Foiled Again and Anndrovette.

Lazarus N was a 15 time Group 1 winner, establishing 5 track records in New Zealand and another 3 records in Australia. Sent to race in North America, Lazarus N won the $325,000 Dan Patch in his North American stakes debut. The mile went in 1:48.4. His next US stakes victory would come in the $177,000 Hoosier Park Pacing Derby where he paced the mile in 1:48.4. 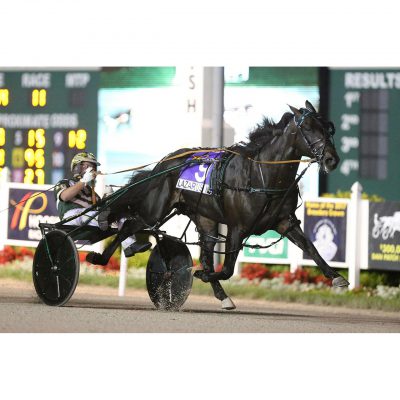